The imminent threat of climate change is forcing the world to gradually search for ways to switch to alternative energy. Alternative or renewable energy is obtained from sustainable sources such as solar energy, geothermal energy, biomass, wind energy, hydro energy, and tidal energy. Scientists from Russian universities participating in the Priority 2030 Program of the Russian Ministry of Education and Science are implementing strategic projects in the field of nuclear energy and the creation of renewable energy sources. Read more about projects aimed at transitioning to green energy sources in our material.

Scientists from Tomsk Polytechnic University (TPU) are developing advanced technologies in the field of environmentally friendly and resource-saving energy that will give Russia a leading position in the world arena and make nuclear energy truly “green”. Within the framework of the “Priority 2030” program, TPU implements the strategic project “Energy of the Future”, which will provide a technological and personnel reserve for the sustainable transition of our country to energy-saving, environmentally friendly energy and development. of new nuclear energy technologies.

“As part of the Strategic Future Energy Project, TPU researchers and engineers are conducting scientific research in the areas of breakthrough nuclear energy, including, for example, the Breakthrough of the State Corporation Rosatom project,” said Dmitriy Sidnev, acting director. Dean TPU.

Thus, TPU scientists are engaged in the development and implementation of DC interconnect power supply systems. These are autonomous systems with small capacities (up to 1-2 MW) based on the most efficient use of solar or wind energy. For such technologies, the university is developing controllers and inverters of standard capacities, which will allow the successful use of renewable energy sources to meet the energy supply needs of consumers.

Another direction of the project is the technology of thermal conversion of biomass, for example, sawdust, which makes it possible to obtain a synthesis gas with a high hydrogen content of 20-40%. This technology is special in that not one useful product is obtained from raw materials, but three are obtained simultaneously at different stages: biochar, liquid hydrocarbon fuel, synthetic gas consisting of hydrogen, a minimum percentage of carbon dioxide and compounds Nitrogen. The earliest plans include setting up a pilot plant to produce hydrogen from biomass.

Finally, studies of the efficient use of geothermal energy sources have great prospects. The university has accumulated a large accumulation of basic knowledge in geosciences, well research, drilling, and heat engineering. This will allow the scientists to create a multidisciplinary team bringing together oil and energy engineers, with the participation of foreign scientists from the Netherlands and Scotland. With the support of the 2030 Priority Program, the university will work to create heating and power supply systems for autonomous utilities based on the use of geothermal energy. For the Tomsk region, this is a very important direction.

At the same time, the research is aimed at practical implementation. Industrial partners are interested in developments and methods – companies in the timber industry complex and the oil and gas sector. The introduction of such technologies will allow residents of remote areas to access relatively inexpensive and environmentally friendly energy, develop new sectors of the economy and reduce their carbon footprint. 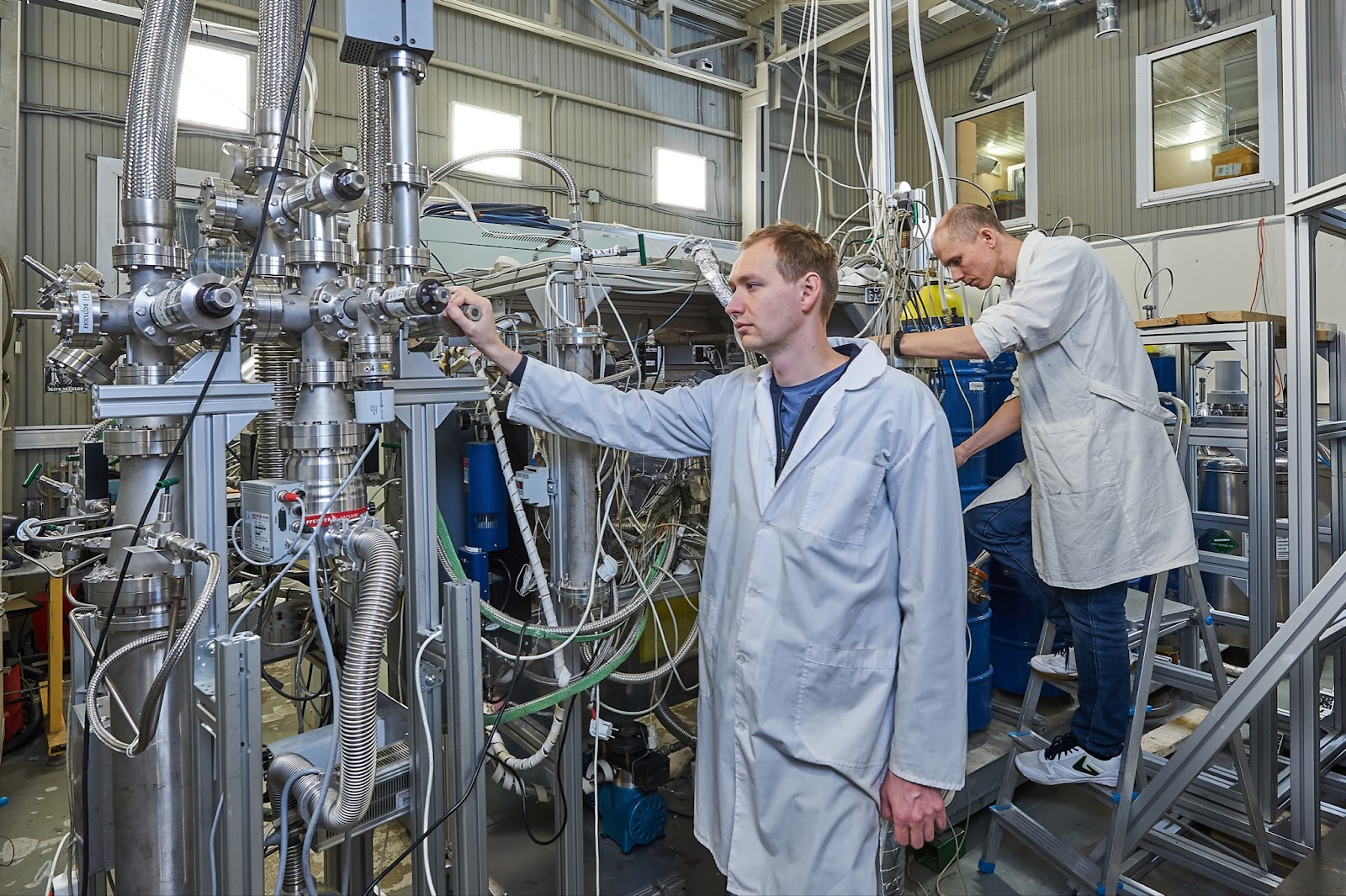 The main objective of the project is to develop key technologies at the intersection of nuclear physics and the physics of extreme states of matter for the transition to environmentally friendly and resource-efficient energy.

One of the university’s tasks is the introduction of new technologies, including in the nuclear industry. Thus, scientists are trying to find applications of new digital technologies in the nuclear industry and find out where they can be used effectively. In particular, under the Priority 2030 project, researchers want to make a digital twin of the NRNU MEPhI research reactor. During its development, modern technologies for BIM design, physical process modeling, virtual and augmented reality will be used. Subsequently, the development can be transferred to other universities so that students can become familiar with the object and gain skills in working with it. This will help improve the quality of education for students in the nuclear industry.

“The objectives of the project are closely related to the work carried out within the framework of the comprehensive program “Development of engineering, technologies and scientific research in the field of the use of atomic energy in the Russian Federation for the period up to 2024,” said Georgy Tikhomirov, PhD in Physical and Mathematical Sciences, Professor, Deputy Director of the Institute of Nuclear Physics and Technology of The National Research Nuclear University, MEPhI, states that its implementation is aimed at Russia’s world leadership in nuclear and thermonuclear technologies.

For the university, the strategic project is one of the main areas of the priority program 2030. The rector of NSTU said that it aims to create modern engineering systems for advanced nuclear and laser energy complexes and to develop equipment for creating nuclear power plants and next-generation laser systems that exceed the world level. RE Alekseeva Sergey Dmitriev.

At the Moscow Polytechnic University, specialists conduct research in the framework of the strategic project “Adaptive optics for laser technologies of the future”. In the world, this field of research is very important today.

The project is currently in the start-up phase. The research will allow the development of new methods and methods for correcting optical radiation and the creation of high-speed adaptive systems to control the intensity distribution of ultra-strong laser beams for energy transmission over heterogeneous optical media. The project will also be able to solve the problems of thermonuclear fusion with lasers, which will affect the economic potential of the state due to the sustainable energy supply to the facilities, reduce the cost of power generation, and reduce energy losses during the transmission of photovoltaic energy.

“Controlled thermonuclear reaction is in the future a” green “energy source that can change the world, solving a number of environmental and social problems, while obtaining laser thermonuclear fusion is impossible without adaptive optics,” commented Alexey Kudryashov, a scientific professor. Strategic Project Manager. 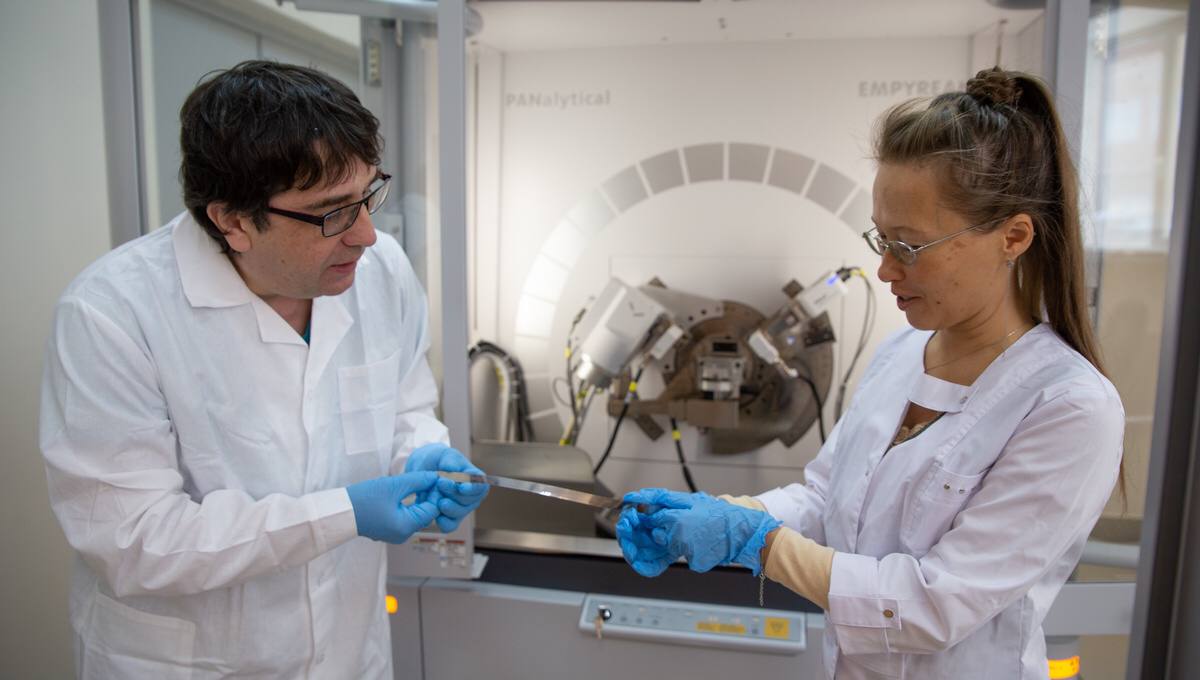 Researchers’ work Ural Federal University (UrFU), within the framework of the strategic project “Hydrogen and Nuclear Energy Materials and Technologies”, aims to ensure the global superiority of Russia in the field of production of materials and technologies for hydrogen, renewable and nuclear energy.

“Alternative energy is developing around the world as one of the main opportunities to reduce the anthropogenic burden on the environment, prevent problems of energy imbalance and global warming. To meet these challenges, Ural Federal University is working to develop research and development in the field of hydrogen energy,” said the Rector of UrFU Viktor Kokcharov.

The main task of the researchers is to formulate scientific principles for the development of new functional materials for hydrogen energy. These materials should have optimal application conditions and contribute to the efficiency and high productivity of the solid oxide electrochemical devices involved.

Ural Federal University also cooperates in this direction with academic institutions and industry, where the project topic corresponds to the priorities of Ural REC. In addition, the university attracts young professionals for research and development in the specialized youth laboratory for hydrogen energy. The team already has two Doctors of Science, four Candidates of Science and about 10 young employees – undergraduate and graduate students.

According to Sergei Sarabolov, Director of the Ural Power Engineering Institute, Ural Federal University, the scope of research conducted by the university is very wide: from the use of hydrogen in transportation, energy and metallurgical systems, to the production of hydrogen-containing alcohols. As a raw material for hydrogen production using nuclear energy and renewable energy sources.